The first letter in the Torah scroll.

The first letter in the Toldos Yeshurun's Torah scroll was written by Rav Eliashiv at his home.

The Toldos Yeshurun organization began writing a Torah scroll dedicated to the memory of Rav Yitzchak Zilber, ztz"l.  The first letter in the scroll was written by Rav Yosef Shalom Eliyashiv, the leading figure of the Jewish religious community of our generation.

The ceremony of writing the first letter of the Torah scroll took place at Rav Eliyashiv's home.  Rav Yitzchak Zilber's family members as well as friends of Toldos Yeshurun and its representatives were present.

During the past few months, Rav Ben Tzion Zilber, the son of the late Rav Yitzchok and the present leader of Toldos Yeshurun, was painstakingly selecting a sofer for this project.  He finally chose one of Rav Eliyashiv's talmidim, who would, G-d willing, complete this holy work within a year.

The fundraising campaign for this project is continuing.  Presently, only one fifth of the total cost of this project has been raised.

During the 32 years which Rav Yitzchok Zilber lived in Israel, he was consulting Rav Eliyashiv constantly, especially on issues of gittin - the Jewish divorce - and called him "The Rav", while Rav Eliyashiv considered him to be one of the 36 righteous men of our generation. 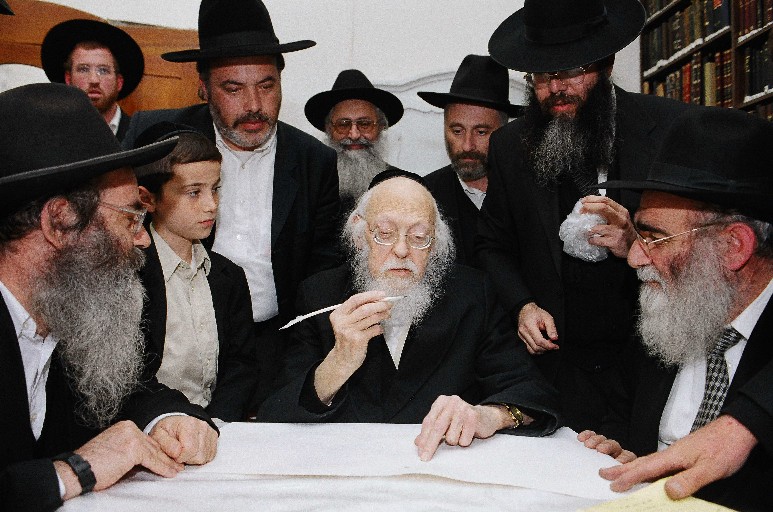