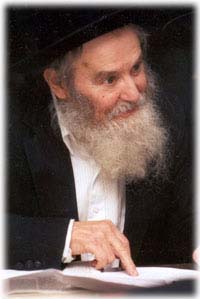 Rav Yizchok Zilber was the greatest Russian-speaking Rabbi and halachic authority, recognized as the founder of the Russian-speaking religious community in Eretz Yisroel, the former leader of Russian teshuva movement.

During his illness in the winter of 1999—2000 Rav Yizchok Zilber initiated a massive movement by his students to organize new classes, lectures, evening collels for the olim from the former Soviet Union.

In spring 2000 this movement formed into the Toldos Yeshurun organization which grew into the largest educational network for Russian Jewry (for adults, i.e. post school age).

Today, over 250 rabbis, lecturers and Torah teachers are united in Toldos Yeshurun under the leadership of Rav Yizchok"s son, Rav Ben Tzion Zilber.

Rav Zilber was born months before the Russian Revolution in 1917. His father refused to allow him to attend the local anti-religious school and instead taught him at home.

By the time he was 15, Rav Zilber was giving shiurim throughout the city, despite the fact that it was against the law. His brilliance helped him gain admittance to university, where he trained as a mathematics professor.

After World War II, Rav Zilber was imprisoned in Stalin"s gulag, where, despite the inhuman conditions, he managed with great mesiras nefesh to remain Shomer Shabbos.

After he was released, he went back to Kazan. There he refused to let his children go to school on Shabbos, and the KGB wanted to take his children away from him. He fled to Tashkent and, in 1972, made aliya. By then, he had completed Shas several times. Even his son Ben Tzion, the present leader of Toldos Yeshurun, was able to learn half of Shas by heart while growing up under Soviet persecution. 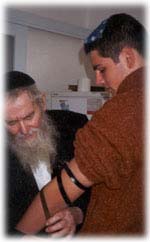 Once in Eretz Yisroel, Rav Zilber was shocked at what he found — people everywhere were being mechalel Shabbos. He recalled how when he first arrived in Yerushalayim, there wasn» t a single baal tshuva among Russian immigrants.

He worked to reverse this trend by reaching out to the local Russian population. There were times on Friday night when his wife could not put her candles on the table because up until a few minutes before Shabbos, Rav Zilber was performing bris milas there.

Rav Zilber was also moser nefesh to help Russian women receive gittin. He went to great lengths, searching for missing husbands all over the world.

He died a few hours before Tisha B"Av 5764 (2004). The fast notwithstanding, a huge number of people gathered for his funeral which turned into a mourning for the destroyed Temple.

His cause is countinued by his children and talmidim. His only son — Rav Ben Tzion Zilber — took up the place of his late father as the leader of Toldos Yeshurun. His daughter — Rebbetzin Chava Kuperman — is leading various programs for women.