An Orchestra of Torah

But Boruch chose a Jewish way of life, and when it became impossible to refuse to play concerts on Shabbos, he left the Great Theater, Moscow, Russia, and accepted an offer from the Be'er Sheva orchestra.

An Orchestra of Torah 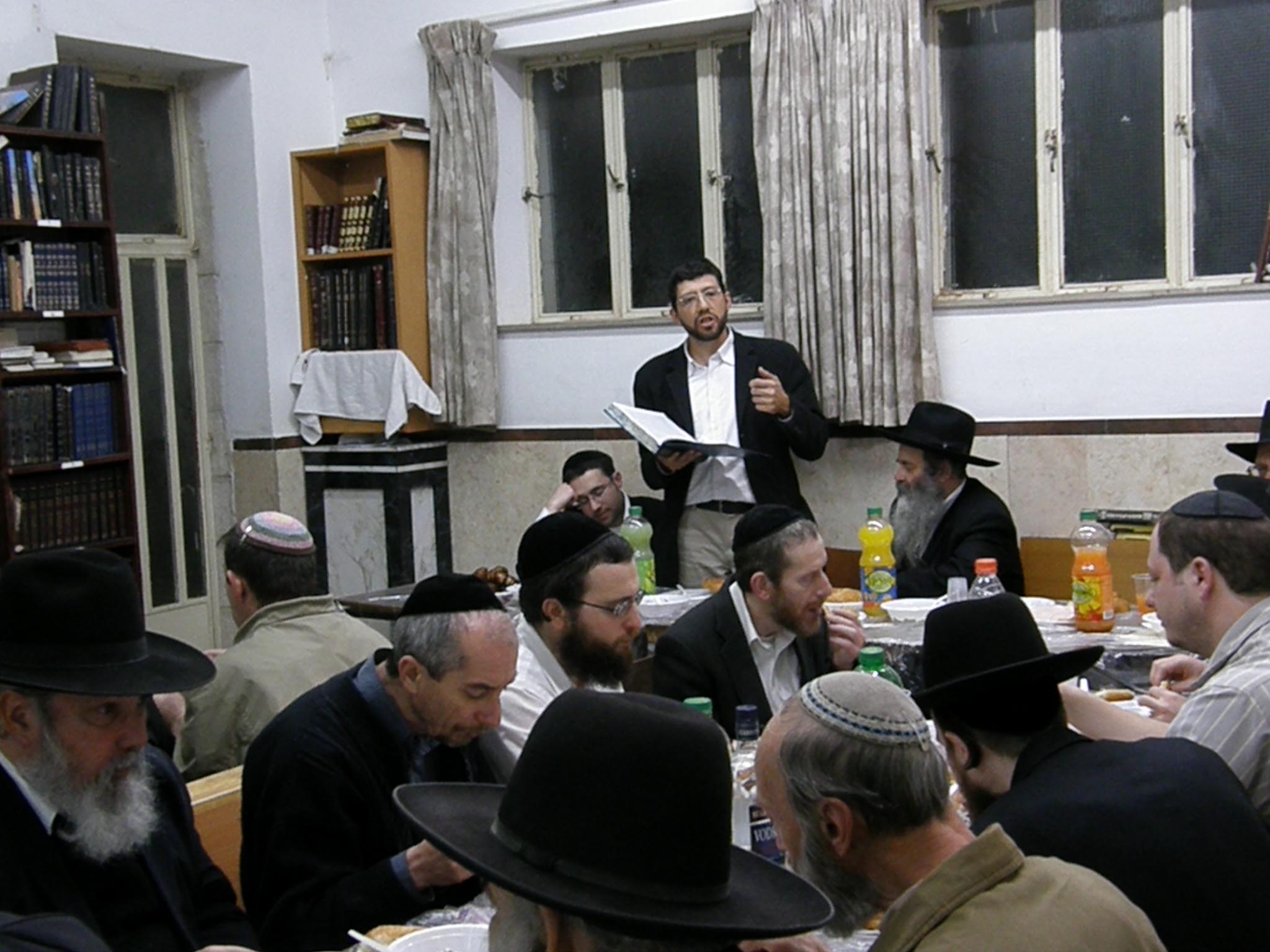 On March 10th, a festive meal was organized after a study session in the main Toldos Yeshurun evening kollel in the Jerusalem neighborhood of Sanhedria in honor of the completion of tractates of the Talmud by students and teachers of the kollel. We want to speak about one of them.

But Boruch chose a Jewish way of life, and when it became impossible to refuse to play concerts on Shabbos, he left the Great Theater, Moscow, Russia, and accepted an offer from the Be'er Sheva orchestra. Some time later, he moved to Jerusalem, and that is how he began learning in the Toldos Yeshurun evening kollel. It took him seven years, seven long years, to complete the tractate "Brachos" of the Babylonian Talmud.

At the festive meal in the kollel that was dedicated to the completion of the tractate, he said: "I would like to remember all my teachers with whom I have learned during these years. First of all, there is Rav Hillel Inji. It was he who taught me to appreciate not superficial, but truly deep learning of the Talmud. He himself has not been teaching in Toldos Yeshurun anymore for a few years – he became a Rosh Kollel in Tel Aviv, writes halachic works… I am very grateful to Rav Shmuel Feinstein, who now teaches in Rishon leTzion after moving to Modiin Illit, to Rav Shimon Soskin who now teaches in Yeshivas Toras Chaim in Moscow, Rav Yoel Lazar and my recent chavrusa, with whom I have completed this masechta – Rav Roni Platner. They all are brilliant avrechim, and I am grateful to them for the happiness of learning together. This, if I may say so, is the most brilliant 'orchestra' in which I have been privileged to 'play'. 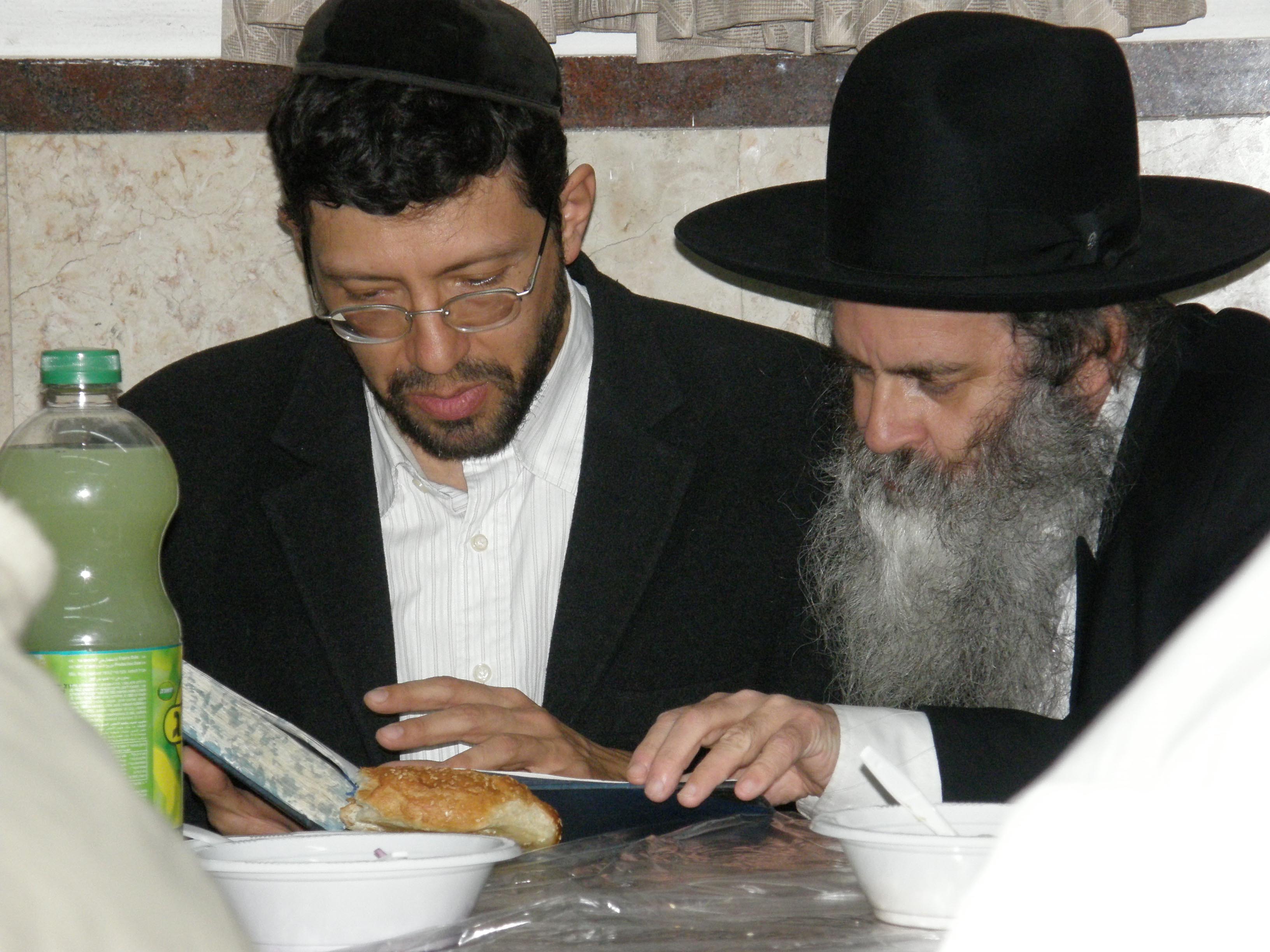 At the evening's conclusion, Rav Ben Tzion Zilber brought an explanation for a verse from Koheles that is given in Meseches Megillah: "The pasuk says that if you are idle and do not take care of your house, the roof will leak and the rain will drop inside the house. What does this mean? It is the main occupation of us Jews is to learn Torah, and if we are idle, if we do not learn Torah, it will be bad in our house. Look what is happening – a terrible terrorist attack in the yeshiva Mercaz haRav, shootings, and the main reason for this is that the Jews are not learning enough Torah… But, Boruch Hashem, here in our kollel, people come to learn despite their hard work and being busy, despite the fact that they have to take this time away from their families in the evening hours. And I am amazed that Reb Boruch Shlepakov, despite being so busy with evening concerts, has found the strength and determination to complete the tractate of Brachos, and it is exactly this – the Torah learning – that will defend and strengthen our house!"