Speeches of Roshei Yeshivos of the USA for Toldos Yeshurun

The three parlor meetings recently held by Toldos Yeshurun in the USA - in Lakewood on May 29th, in Monsey and in Passaic on June 3rd, 2007 - were a real highlight! 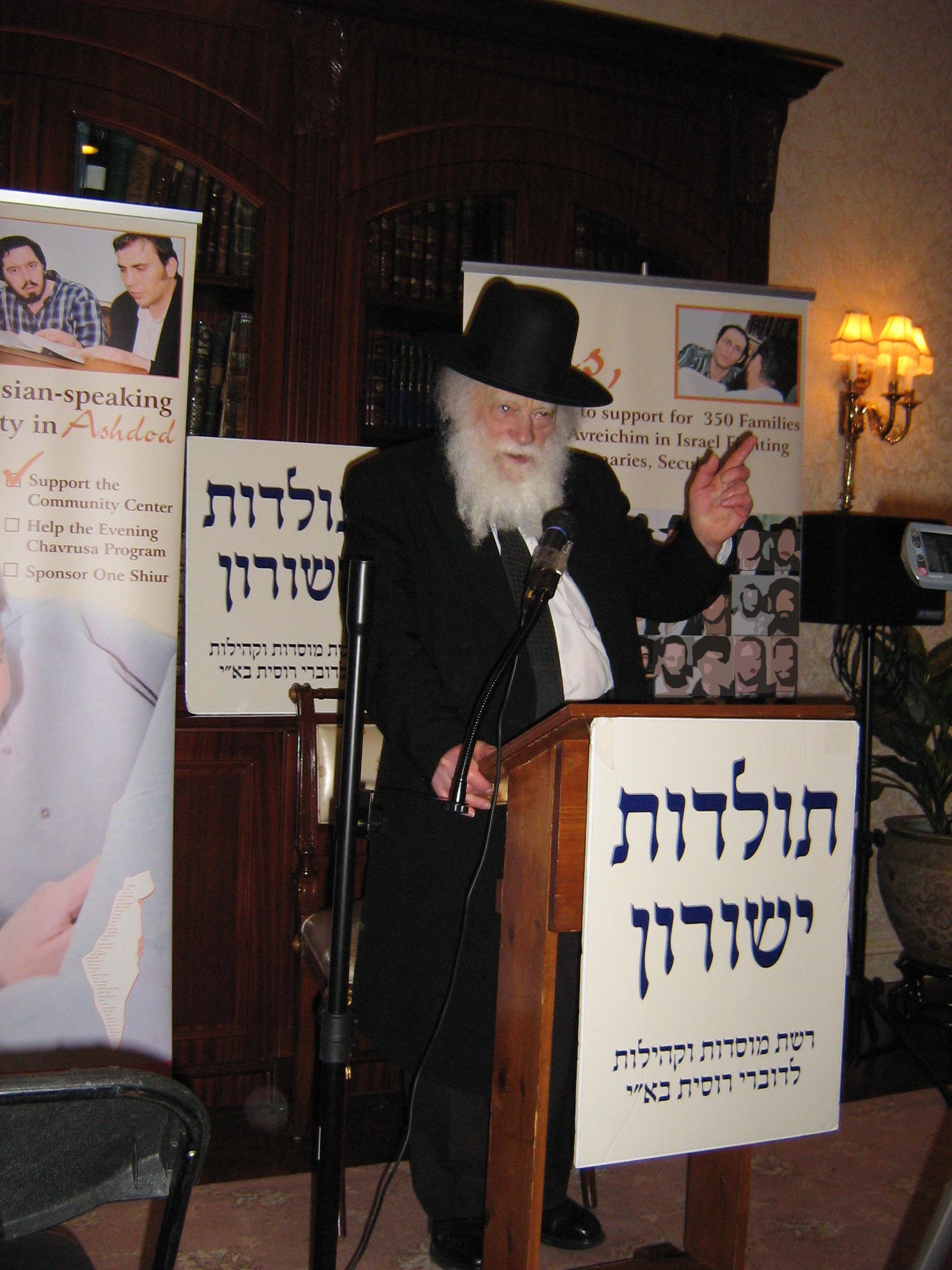 Beginning with the many opportunities to hear shiurim of Rav Ben Tzion Zilber shlit"a, who spoke almost every day of his stay in New York in Russian-speaking Jewish communities in the US, the attendants of the parlor meetings were privileged to hear three of the most outstanding Roshei Yeshivos of America - HaRav Shmuel Berenbaum shlit"a, who spoke in Lakewood, HaRav Dovid Schustal shlit"a in Monsey and HaRav Sholom Kamenetsky in Passaic.

We are presenting you with their outstanding speeches.

Listen to the speeches of:

To support the kiruv activities of Toldos Yeshurun

For reservations for the Toldos Yeshurun Second Annual Dinner