HaRav Shmuel Kamenetsky, shlita, at the home of his nephew, Rabbi Yitzchak Kamenetsky.

The roshei yeshiva of Yeshivas Lakewood were met with an enthusiastic response to their appeal to support Toldos Yeshurun, a network of Torah study programs for Russian Jews in Eretz Yisrael. Benefactors were clearly moved by the parlor meeting held in the home of HaRav Yitzchak Kamenetsky, focusing their attention on the Kollel for Halachic Studies, a project designed to prepare the heads of Toldos Yeshurun’s network of evening outreach kollelim for smicha. 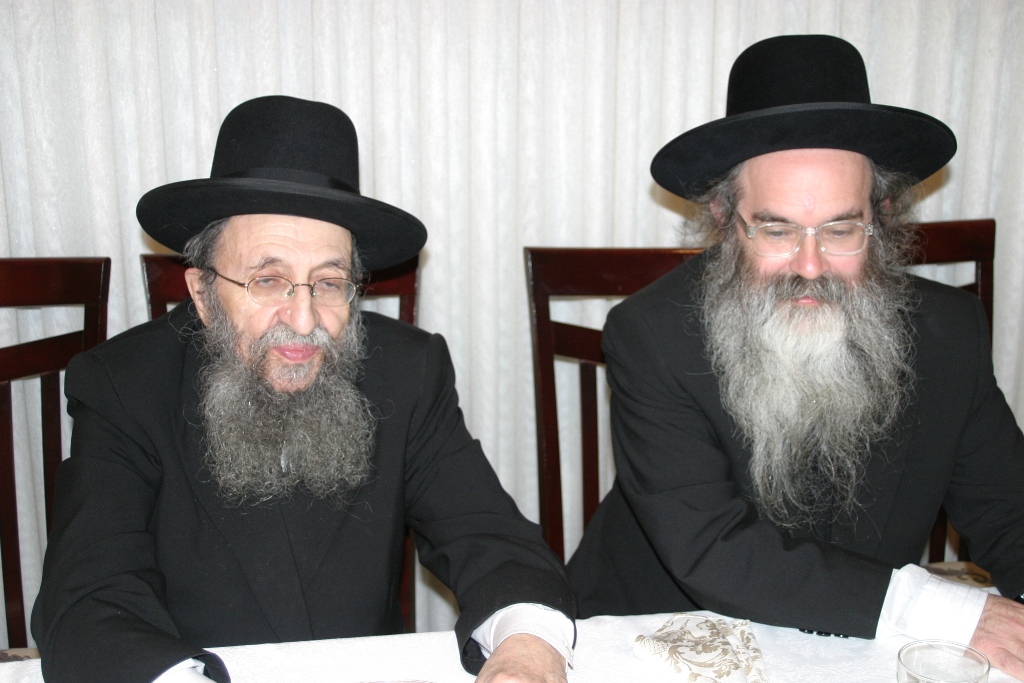 Speakers at the parlor meeting included HaRav Shmuel Kamenetsky, HaRav Simcha Bunim Cohen, HaRav Ben Tzion Zilber and HaRav Moishe Rabinowitz, shlita. Citing the Gemara on how women earn merit by sending their sons and husbands to learn Torah (Brochos 17a), HaRav Kamenetsky said, “If one provides his fellow Jew a set of tefillin the giver has zechus for his act of chessed, but not for laying tefillin. When it comes to Torah study, however, he who helps another in Torah study has zechus for the Torah he created. He who supports Torah has the zechus of Torah itself and the zechus of Torah is accrued to those who help the Toldos Yeshurun organization, which is building the Torah world of Russian Jewry.” 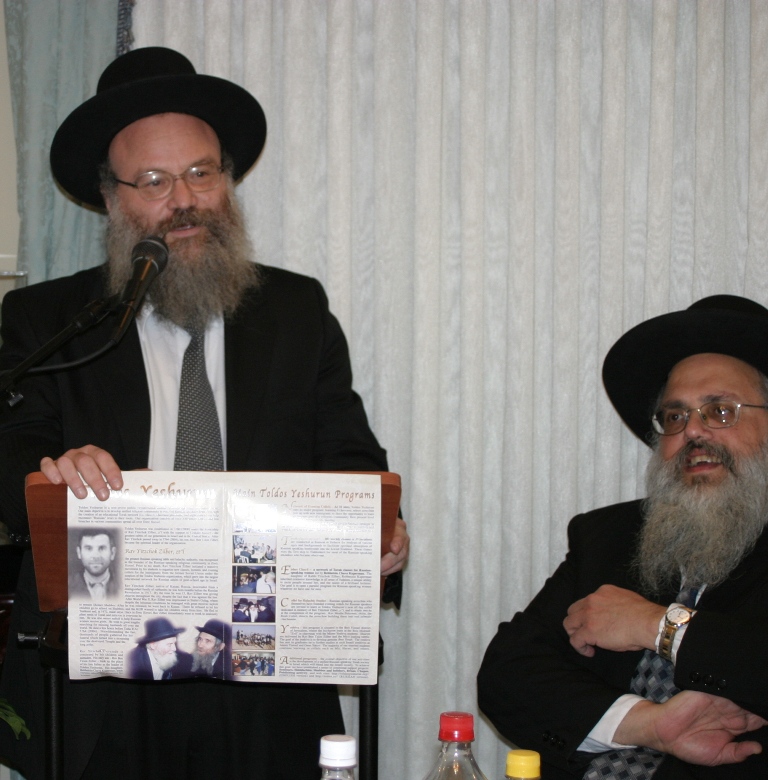 Toldos Yeshurun President HaRav Zilber, shlita, then provided a glimpse of the organization’s widespread activities. “Through great siyata diShmaya we have 66 branches in operation, including 29 that sponsor an evening kollel in which avrechim who have already been learning for several years study with Jews beginning to make progress in Torah and mitzvahs. A total of 1,226 participants take part in this program. We are also proud of a new kollel hora’ah for the heads of the evening kollelim. This is a cherished project since there are very few baalei hora’ah within the Russian-speaking community. B’ezras Hashem the program participants will eventually guide the large community of baalei tshuva from the former Soviet Union.”

The program has been endorsed by the leading rabbonim at Yeshivas Lakewood, including HaRav Malkiel Kotler, HaRav Yerucham Ulshin, HaRav David Shustal, HaRav Yisrael Tzvi Neuman and HaRav Mattisyahu Salomon, shlita. The head of the new kollel, HaRav Moshe Petrower, wants to take avrechim who have been learning in yeshiva and kollel for several years and boost their learning to a higher level. “Our aim is to make avreichim into talmidei chachamim,” he says. “Not just accumulating knowledge and learning halachah quickly and superficially, but delving into every sugia and learning it comprehensively. Less emphasis on quantity and more on quality…The whole goal is to nurture a group of outstanding talmidei chachamim.”

At the parlor meeting HaRav Moshe Rabinowitz, who serves as the US chairman for Toldos Yeshurun, discussed the importance of providing Toldos Yeshurun avrechim support to allow them to maintain their dignity. “Toldos Yeshurun received a contribution to distribute among poor avrechim from the former Soviet Union for the chagim, but since the donor also made a donation to one of the major organizations that distribute food and support to hundreds of families in Israel he asked us to crosscheck the lists.

“He noticed not a single avrech of Russian origin was on the chessed organization’s list – not because Russian avrechim are not poor, but because they are too embarrassed to ask for food packages. Toldos Yeshurun is important not only because hundreds of avrechim of Russian origin reach out to more than a thousand families, but also because it enables the families of avrechim from the former Soviet Union who have accepted the yoke of Torah and mitzvahs to subsist in a dignified manner.”